Dry pasta is a product that, thanks to a residual humidity of 12%, has an expiration date of three years together with the chance of being shipped by any type of courier because it does not need a specific packaging.  This product is a pillar of the “Made in Italy” well renown abroad, beyond being the main course of millions of Italians.

Manufacturing dry short and long pasta with a capacity of 600 kg/h means being able to reach any pasta market, both in Italy and abroad. The production of 600 Kg / h can be appropriate for those entrepreneurs who intend to compete in the pasta market with a double possibility: those who want to enter this business from scratch, thanks to the wide range of shapes to produce and those who are already active with medium-sized productions and want to increase their commercial penetration, limiting costs, while, at the same time, concentrating on the creation of standard and special shapes, for which very specific parameters are required to be followed. These plants have an excellent cost-performance ratio, which is essential for pasta producers.

Of these aspects, and particularly of the cost analysis, we will discuss specifically in the following paragraphs. I would like, now, to focus on some Confindustria (General Confederation of Italian Industry) data to give an overview of the potential this product still has in Italy and in the world.

Dry pasta experienced a jump in consumption in Italy in 2020 probably due to the pandemic, with more than 40% peaks in the month of March alone. Exports increased by 16% throughout the year. In the last fifteen years, the world consumption of pasta has almost doubled, as emerges from an analysis made by the IPO (International Pasta Organization).

56% of Italian pasta production is destined for the foreign market. We export more pasta than we consume. Thinking that the top 4 most populous countries in the world have only started importing pasta, makes us immediately realize the growth prospects that this product has. In this article, however, we will not focus so much on the growth prospects of a pasta factory, as on the risks to be faced. Cost analysis and management control.

Do you need any help? You can contact us whenever you like, we can help you at any stage of your path. 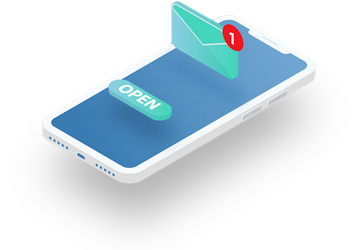 Let’s take a step back: how is dry pasta manufactured?


As we mentioned before, in this page we are dealing with production costs, management control and most common procedure to ask the market for a premium price. We do not mean, however, to miss fundamental steps.

If you are not already expert pasta makers, we suggest to examine in depth the topic of how dry pasta is produced continuously, first reading our previous article clicking here where a video will let you enter the working reality of a pasta factory of a client of ours. It is a process with an hourly production lower than 350 kg/h, although the steps are the same. In fact, changes basically consist in the size of the machinery and the addition of accessories necessary to increase the automatisms, which are important for the management of large quantities. The production flow, however, is the same. 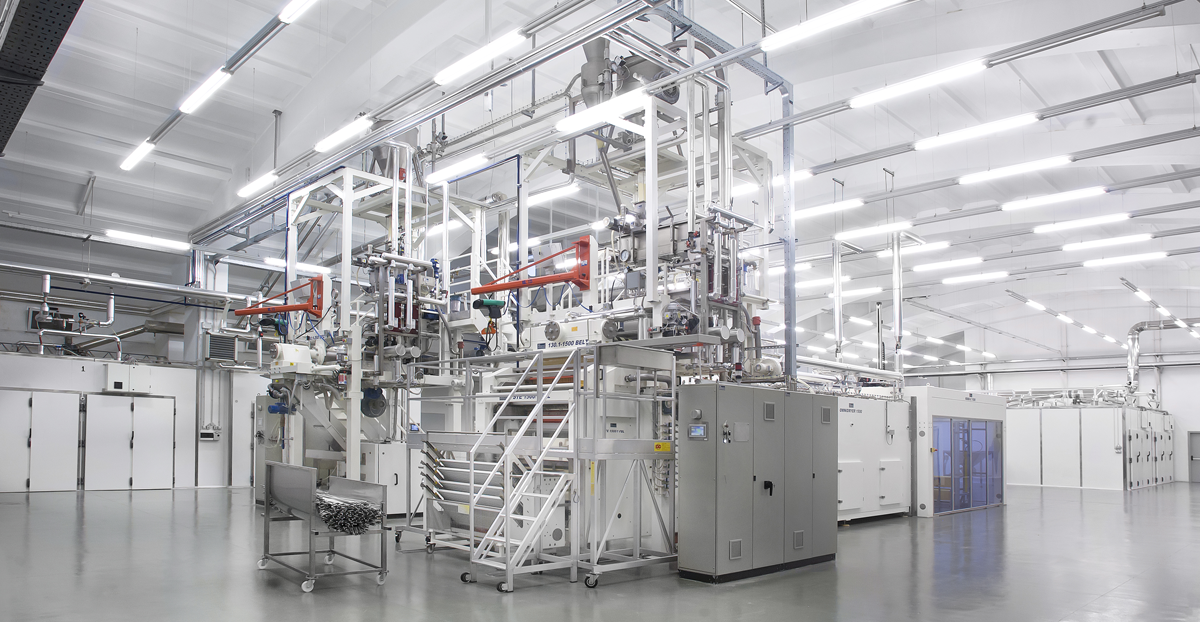 Find out how Pastificio Arte & Pasta produces excellent dry pasta with our machines!

Do you need any help? You can contact us whenever you like, we can help you at any stage of your path.

Cost analysis and management control in a dry pasta factory.

We talked about the development potential of dry pasta factories. The overview, of course, was global. The growing of a sector does not mean that all companies in that sector can benefit from it. As a matter of fact, every company can be seen as the node of a network to which it is strictly connected. A network made up of many other interconnected nodes such as suppliers with their prices, customers with their needs, employees with their expectations, the state with its burdens and competitors with their resistance. The ability to be a solid node of this network obviously requires many conditions, but one of the main ones, or rather the first

it is the ability to generate profits, that is, to sell one's products at a price higher than the costs to be incurred

This seems a simple truth, but it hides instead an enormous complexity that all the companies, especially production companies, must deal with sooner or later.

The selling price is calculated inside a delta with a floor and a ceiling. The floor is the threshold of the incurred costs.  Under the floor, the company is selling at a loss and is actually burning capital. The ceiling is the maximum purchasing price that consumer  is willing to pay for that product. Moreover, each product has a reference price coming from the average of the reference market prices.

But how is the cost of production calculated in a dry pasta factory?

In this section we will try to preliminarily insert some basic concepts for an estimated cost analysis. A final cost monitoring method will follow and subsequently a simple method of evaluating the break-even with the application of a standard formula that can be used at any time. Finally, we will talk about the main strategies used by pasta factories to sell above the average market price. Everything will then be re-proposed in a video tutorial on the cost analysis of a pasta factory.

A little terminology before we get into the calculations: 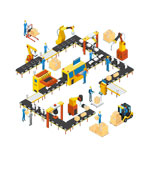 Direct costs are all costs directly attributable to the production of an asset. In a nutshell, they are made up of the working hours of the workers, the raw material and the capital goods used such as machinery and tools. They can be general or contract. The direct general costs are attributable to the maximum production capacity of the company. The direct costs of the order refer to the resources used on a single project. 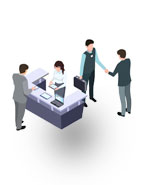 Indirect costs indicate all the costs incurred by a company for its organizational structure not directly attributable to the production of an asset. We are therefore talking about administrative costs, marketing costs or management costs. The attribution of these costs to the single order usually takes place with the calculation of a coefficient that assigns a separate share on each project. 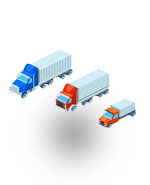 Variable costs vary according to production. Therefore, they do not belong to the organizational structure of the company. We attribute the raw material, the shipping costs to the company, the packaging to the variable costs ... These are expenses that are analysed, together with the fixed costs, when it is time to establish the break-even analysis (the famous break-even point) in a formula that we will see later. They are usually taken into consideration in the start-up phase or in the evaluation of a business plan. 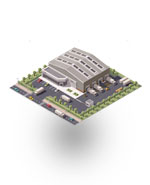 Fixed costs are represented by all those costs borne by the compnay regardless of the costs for sales. Salaries, the rent of a warehouse, leased assets are attributable. Complementary to variable costs, they contribute to the break-even point analysis. Fixed costs have a variable impact on the cost / product. The more product you sell, the lower the incidence of fixed costs, the greater the margin.

In the literature there are different ways of calculating costs, created over the years and built around specific types of companies. For production companies, it is preferable a method recognized as being as guaranteed as possible, in the sense that it takes into account all costs, while maintaining relative simplicity in the calculation method. The basic concept is very simple: price = direct costs of a product or order + share of the company's indirect costs + the desired margin. The share of indirect costs to be attributed to the order is obtained with the use of a coefficient. The coefficient is the ratio of all the company's indirect costs to all direct costs.

The monitoring of the final balance is obviously simpler as it is based on real data already acquired. Although not being useful to a start-up, it is the main cost assessment tool for an existing company. Among the many analysis criteria, the simplest one is the ratio of the production main expenses in relation to revenues. The ratio between raw materials costs and revenues should usually give a value between 35% and 45%, whereas the service ratio 13% and wages ratio around 20%. These are obviously general data linked to production companies, but they must be contextualized and compared with the data of competitors. Eventually, the difference between costs and revenues, present in each income statement, tells us if the pasta factory can generate a profit and to what extent.

Fixed and variable costs are used when evaluating the business. Variable costs, closely linked to the product such as semolina, water or packaging, increase proportionally with sales in a fixed ratio. If 1 kg of pasta is sold at € 5 and the cost of the semolina is € 0.5 per kg, there will be a cost incidence of 10%, always stable, regardless of the quantities sold.

In the analysis phase, the data is placed on a Cartesian plane which has time or quantities as its abscissa and turnover as its ordinate. Breakeven is usually reached at about the 9th month. 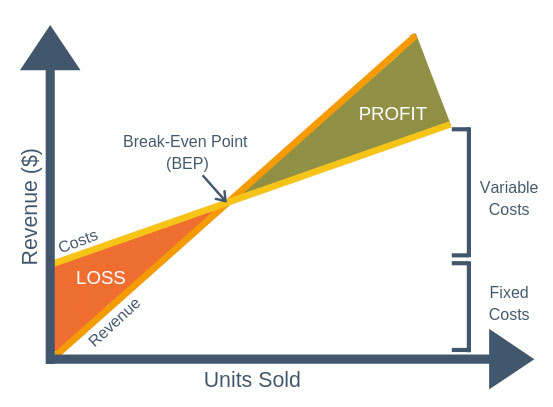 Industry 4.0 e IoT. We are a step ahead of our Competitors. Find out why.

The Fourth Industrial Revolution (or Industry 4.0) is the ongoing automation of traditional manufacturing and industrial practices, using modern smart technology. The Internet of things (IoT), improved communication and selfmonitoring, that can analyze and diagnose issues without the need for human intervention, is integrated in this process. Thanks to this system, in case of need, our technicians can intervene without being physically on the spot and the company can monitor each situation, like the alarms status and the production phase. We have also created specific working stations, undergoing further evolution, to give remote technical assistance to the Customer with the help of detectors and webcams, Storci staff can pilot the technician of the pasta factory, wherever he is. For more information watch the video!

Email us, we are here for you

We are also present in the USA to provide you with assistance and support for all requests and needs.

Since 1991 we have been working in the pasta machinery sector, in the pursuit of technology and innovation, making sure that the right attention is always given to tradition. Our team consists of active and expert professionals, set in a lively and versatile organization, operating with a sole aim: Customers' satisfaction. Whether it be engineers, technologists, mechanics, designers, customer service...our staff always make sure that the possible Buyer can fully reach his goal. We guarantee expertise and a great cooperation. Although it is no longer a family-run business, due to the great growth of the past few years, the Company has been keeping up its original philosophy as its main feature, towards both its Partners, thanks to a successful cooperation, exchange of views and mutual trust, and especially its Customers. This attitude also applies to the people working in the Company and we continuously pay attention to training and refresher courses, because we are aware of the appreciation of each individual and of the positive outcome this has on the whole team. 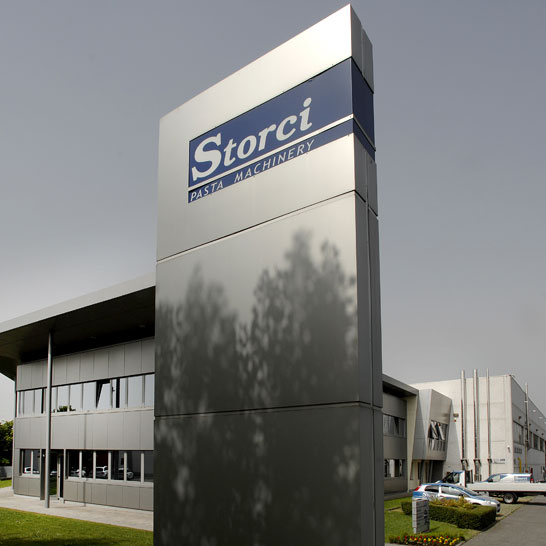 Setting up a Pasta Factory

Invest in a Pasta Factory